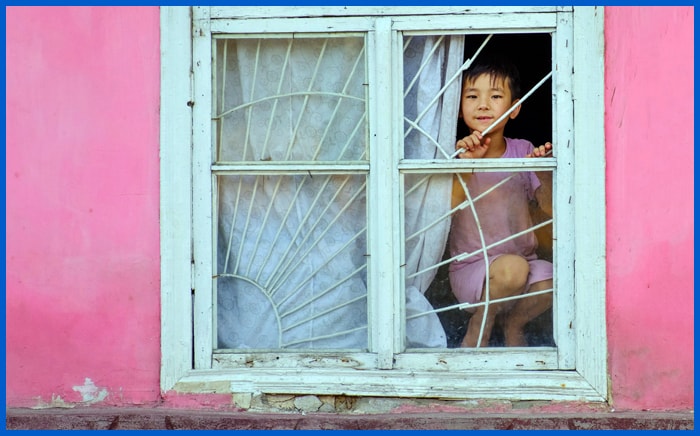 Day 1: Tashkent
This day you will start your tour with visiting Independence square not just the Central attraction of Tashkent, it is a kind of symbol of the city, where folk festivals are held during national holidays, and a favorite place for citizens to take a leisurely walk among the refreshing streams of iridescent fountains and green alleys. After you will stroll along the local Broadway, on "Broadway" there are artists-street musicians and singers, artists, even magicians. Afterwards you can take a ride in fabulous Tashkent metro, the metro became a landmark of the capital thanks to its beautiful stations, where the best artists and designers were invited to design them. In course of the tour you will explore the old part of the city which includes: Chorsu Bazaar it can be called one of the oldest bazaars in Tashkent, and in Central Asia as a whole, since it was known in the middle ages and was of great importance in the trade road of the Great Silk Road, Kukaldash Madrasah and Hast Imam complex that consists of several madrasahs, mosques and mausoleum. The highlight of its exhibits is the Othman Quran which is the world's oldest Quran copy dating back to 8th c. Overnight at the hotel.

Day 2: Tashkent - Samarkand (350 km, 4 hrs drive)
In the morning you will drive to Samarkand. Samarkand is one of the oldest cities in the world, its age is 2750 years. Samarkand - the ancient of Marokand - the same age as Rome, Athens and Babylon. During the tour you will discover following sights: Registan square, Shakhi-Zindeh, Mausoleum Guri Emir and Bibi Khanum Mosque. Registan Square, one of the most beautiful squares in the world, it is called the pearl of Central Asia. Architectural complex of Shakhi-Zindeh represents one of the most mysterious and unique architectural monuments of Samarkand, located near Bibi-Khanum Mosque. The complex is a unique ensemble of eleven tombs. Bibi Khanum Mosque the Cathedral mosque, which according to legend was named after the beloved wife of Amir Timur. The majestic blue domes of the Bibi Khanum mosque are an extraordinary sight. Overnight is at the hotel.

Day 3: Samarkand - Urgut - Samarkand
Breakfast you will transfer to a small settlement outside of Samarkand named Urgut. Urgut is a city in the Samarkand region of Uzbekistan, located about 50 km Southeast of Samarkand. Surgut is located at the foot of the Zeravshan mountains at an altitude of 1000 meters. In the afternoon you will drive back to Samarkand and then drive further to another village where you can see memorial complex of Al Bukhary. Al Bukhary was a Muslim scholar, who wrote the hadith collection known as Sahih al-Bukhari, regarded by Sunni Muslims as one of the most authentic Hadith collections. He also authored other books such as Al-Adab al-Mufrad. Overnight at the hotel.

Day 4: Samarkand - Gijduvan - Bukhara
In the morning you will begin your tour to Bukhara. On the way, we will stop over at Gijduvan village to explore famous private pottery workshop. One of the craft centers of Uzbekistan, which since ancient times was famous for extremely beautiful, original ceramics. Today it is the only preserved center of polychrome glazed ceramics in the region, which grew up on the customs of the ancestors and successfully continues them in modern times. In the end of the tour you will transfer to Bukhara. Night will be at the hotel.

Day 5: Bukhara
This day you will explore main attractions of wonderful city Bukhara. During the tour you will discover the most ancient citadel in Bukhara dating back to the 4th century named Citadel Ark According to archaeological excavations, the citadel belongs to the IV-III century. The area of the fortress is 3.9 hectares. In plan, it is an irregular rectangle, slightly elongated from West to East. After you will observe Samanids mausoleum, a valuable architecture of 9th -10th century. Afterwards you will head on to Chashma Ayub, it is one of the objects of cultural heritage of Uzbekistan and one of the candidates for the status of a UNESCO world heritage site. After you will have an opportunity to marvel along the shopping domes. Then you will observe one of the most remarkable madrasahs of Bukhara called Nodir Divan Begi. In 1993, the Nodir Divan Begi madrasah was included in the UNESCO world heritage list. You will end your tour with admiring Poi Kalon complex, the main architectural monument of the ancient city. In all past historical epochs, it was located at the intersection of trade routes - the "four bazaars". Overnight at the hotel.

Day 6: Bukhara - Khiva (440 km, 7 hours)
This day you will start the tour with driving to Khiva, this is a real open-air Museum, with well-preserved ancient architecture and pristine beauty. The history of Khiva is inextricably linked with the legendary state of Khorezmshakh. The city is very ancient, in the tenth century it was an important trading center of the great silk road, where numerous caravans of loaded camels stopped going to China. At the beginning of the sixteenth century, Uzbek nomadic tribes settled here, who founded the khanate of Khiva, but initially its capital was in the city of Urgench, it was moved to Khiva in 1598. You will drive through famous Kizilkum desert from Bukhara to Khiva. En route you will adore the view to Amu Darya River is the largest water stream in Central Asia. Its length is 1415 kilometers, and the water intake basin is more than 309 thousand square kilometers. On arrival to Khiva you will have free time. Night will be spent at the hotel.

Day 7: Khiva
This day you will admire the highlights in the oldest city of Uzbekistan. During the tour you will explore Ichan-Qala not just a defensive structure, but a real city-Museum. The complex has about 400 residential buildings and 60 architectural monuments. These include the unfinished minaret of Kalta Minor, several madrassas, among which stands out the madrasah of Muhammad Amin Khan, the citadel of Kunya Ark, the mosques of Juma and Islam Khoja, the mausoleums of Uch-Ovliya, the Pahlavan of Mahmud, palaces and many others. The fortress of Ichan-Kala is famous for the outstanding mathematician al-Khorezmi, who lived within its walls. There is a monument dedicated to him on the territory of the complex. Night is in a hotel.

Day 8: Khiva -Tuprak Qala - Ayaz Qala - Urgench - Tashkent
Today you will explore the capital of the Republic of Karakalpakstan, Nukus city. The city is located in the north of Uzbekistan near the Aral Sea, surrounded by three deserts - the Kara Kum, Kyzyl Kum and Ustyurt. En route you will explore two famous fortresses: Ayaz Qala and Turpak Qala. Ayaz-Qala is an ancient settlement that was located in the IV century BC on the territory of modern Uzbekistan. It is a unique archaeological monument Dating back to the Zoroastrian era. Turpak-Qala is an ancient settlement with an area of more than 120 hectares, located on the territory of the Republic of Uzbekistan. It is believed that Tuprak-Qala was the ancient capital of Khorezm in the era of antiquity. Your settlement will be at yurts camp near Ayaz Kul Lake. Dinner is at fire, camel ride is offered as option.

Service does not include:
- Visa
- Full board
- Travel insurance
- English speaking guide
- Entrances to all museums
- Urgench-Tashkent flight - from 80 $
- Train tickets Tashkent - Samarkand - 30 $