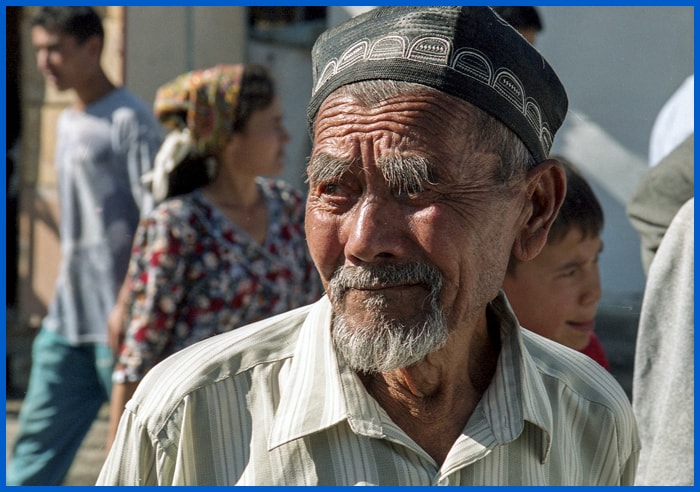 Day 1: Tashkent
Your tour will start with Independence square which is the main square of the country, the main square of Uzbekistan, which is located in the heart of Tashkent, the capital of this Central Asian country. After you will walk in local Broadway, along the tourist street there are rows of artists and folk craftsmen. They provide travelers with handmade Souvenirs. Then you will go to Tashkent metro, each of the stations is decorated with artistic architectural elements and small sculptural forms that symbolically reflect its name and theme. After you will explore the old part of the city which includes: Chorsu Bazaar the most colorful and original ancient Bazaar in Central Asia, Kukaldash Madrasah and Hast Imam complex ensemble is a complex that combines ancient religious buildings with modern ones. The total area of the complex is 2 hectares. The remarkable attraction in your tour will be the Othman Quran which is the world's oldest Quran copy. You will spend the night hotel.

Day 2: Tashkent - Samarkand (350 km, 4 hrs drive)
Today you will transfer to Samarkand. This is real Eastern fairy tale with a riot of colors. It is the second largest city of Uzbekistan. During the tour you will experience the most fascinating  highlights such as Registan square, Shakhi-Zindeh, Mausoleum Guri Emir and Bibi Khanum Mosque. Registan Square, a complex of three fascinating Madrasahs dating back to 15-17th centuries.. Architectural complex of Shakhi-Zindeh complex, consisting of a continuous chain of elegant tombs, sparkling in the sun with blue colors. Gur-Emir mausoleum is an ancient tomb of the famous Central Asian conqueror Tamerlane, the founder of the Timurid Empire and the eponymous dynasty. Night will be at the hotel.

Day 3: Samarkand - Urgut - Samarkand
After breakfast you will transfer to a small settlement named Urgut. Urgut is one of the oldest settlements in Uzbekistan. In the XVII century, the area was named after the Uzbek family clan. After that you will drive back to Samarkand and then drive to another village where you can see memorial complex of Al Bukhary. The mausoleum of Imam Al-Bukhari appears in all the splendor of its Eastern architecture. The complex, which occupies a huge territory, contains a mausoleum, mosques, and a hotel for tourists, shops with Souvenirs and religious literature. Overnight will be at the hotel.

Day 4: Samarkand - Gijduvan - Bukhara
Today you will head on to Bukhara. En route you will make a stop at Gijduvan village to visit famous private pottery workshop. Gijduvan is a small town just 46 km from Bukhara. From ancient times to the present day, Gijduvan is famous for its trade and craft success. A special pride of Gijduvani, along with a stunning kitchen, is their extraordinarily beautiful and unique ceramics. With the help of Gijduvan masters, floral ornaments, often with geometric patterns, which are extremely popular, were woven into the traditional yellow-green palette of Bukhara ceramics. Then you will continue driving to Bukhara. Night you will spend at the hotel.

Day 5: Bukhara
This day is dedicated to a full day of sightseeing tour in Bukhara. It is the most revered of the cities of Central Asia. It is the fifth largest city in Uzbekistan. The first destination you will visit Citadel Ark the fortress was a cultural and scientific center. In the Arch there was a large library with ancient manuscripts. The famous healer and doctor Avicenna worked in it, and the Persian poet Omar Khayyam wrote his poems. Afterwards you explore Samanid dynastic mausoleum that is in the historical center of Bukhara (Uzbekistan), built at the turn of the IX and X centuries. Further you will go to Chashma Ayub is a quadrangular structure, which consists of 4 small rooms, the architectural heritage of Bukhara. After you will walk along the shopping domes and after explore one of the most popular madrasahs of Bukhara called Nodir Divan Begi. The madrasah building, as well as khanaka nearby, were named after vizier Nadir. To complete your tour you will visit Poi-Kalon translated as "the foot of the great". The architectural ensemble itself includes three buildings: a mosque and minaret under the same name Kalon, as well as the Miri Arab madrasah. Night is in a hotel.

Service does not include:
- Visa
- Full board
- Travel insurance
- English speaking guide
- Entrances to all museums
- Train tickets Tashkent - Samarkand - 30 $