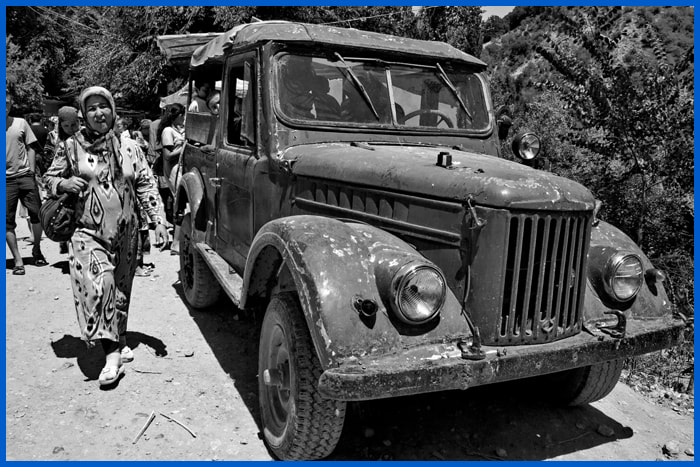 Day 1: Tashkent
The tour starts with discovering Independence square, this is the Central tourist attraction of Tashkent with a complicated history stretching back to the XIX century. After you will explore the local Broadway. The highlight of Broadway is the merchants who line the street in the warm season and lay out their goods directly on the asphalt. Then you will take a ride in famous Tashkent metro, the decoration of halls, landing platforms, passages and lobbies traces the national traditions of cultural, monumental and decorative arts. Further you are going to visit the old part of the city which includes: Chorsu Bazaar, Kukaldash Madrasah and Hast Imam complex that consists of several madrasahs, mosques and mausoleum. Tashkent Chorsu Bazaar, which dates back more than one hundred years, has also always been located on the main square of the city of Eski Zhuva. You will also observe remakable sight Othman Quran which is the world's oldest Quran copy dating back to 8th c. Overnight will be at the hotel.

Day 2: Tashkent - Samarkand (350 km, 4 hrs drive)
In the morning you will drive to Samarkand. Samarkand is the third largest and second most populous city in Uzbekistan, the administrative center of the Samarkand region. After you will observe the most prominent attractions such as Registan square, Shakhi-Zindeh, Mausoleum Guri Emir and Bibi Khanum Mosque. Registan Square, it is one of the most striking examples of Islamic architecture. In 2001, this ensemble, along with other ancient historical buildings of Samarkand, was included in the UNESCO world heritage List. Architectural complex of Shakhi-Zindeh ensemble was founded by the Turkic Karakhanid dynasty and later formed over the course of the 9th century and includes more than twenty structures of the XI-XIV and XIX centuries. Bibi Khanum is notable for the fact that a huge number of masters from various Asian countries worked on it: The Golden Horde, India, Persia, Khorezm. In total, about 700 people were involved, 500 of whom worked in the mountains. Night will be at the hotel.

Day 3: Samarkand - Yurts camp of Nurata (310 km, 4 hours)
After breakfast you will transfer to a small town of Nurata. In the most mountainous region of the Navoi region of Uzbekistan, there is a picturesque ancient city, the administrative and cultural center of the district - Nurata. Scientist connect the origin of the city with the fortress of Nur (translated as "ray", "ray of light"), built here by Alexander the Great in the IV century BC. the Fortress served as a border structure between the wild steppes and agricultural areas. The ruins of the fortification have been preserved to this day and are one of the sights of Nurata. Today you will explore following attractions: explore the Khasan- Khuseyn Mosque, blacksmith's and potter's workshops and a sacred pond with sacred fishes, a place for pilgrimage by Muslim worshipers in Nurata. During the tour you will also explore the Medressa of Sheihun Hasan Nury, Namazgokh Mosque and ruins of so called "Alexander the Great's Fortress". After you will go on to transfer to yurt camp in dessert. Overnight at the yurt camp.

Day 4: Nurata - Samarkand
Tourists have an opportunity to make one - two hour camel tour to Aydarkul lake, a large artificial reservoir in the Kyzylkum desert, located in the North-East of Uzbekistan. The reservoir is located at an altitude of 247. Try freshly cooked fish for a lunch, relax, swim in warm, slightly salted water and sun bath on the fascinating bank. Picnic lunch at the lake. After you will transfer to Samarkand, On the way you will have a chance to stop over at Sarmishsai Sarmishsai petroglyphs differ in age, style, and plot. There are images of bulls-tours, which belong to all data to the stone and bronze ages, images of deer, goats in the animal style typical of the art of the Scythian circle tribes (early iron IX-II centuries BC). On arrival to Samarkand check in and you will spend the night at the hotel.

Day 5: Samarkand - Tashkent (350 km, 4.5 hrs)
Today you will transfer to Tashkent. The first destination will be Courage Monument the monument was created by the sculptor Dmitry Ryabichev in honor of people whose friendship overcame the natural disaster of the earthquake in 1966. After you will go on to Zangi Ota this is a nickname that Sheikh Ay-Khoja received from the people because of the dark color of his skin. This great Sufi, who enjoyed great fame in Tashkent during his lifetime (the end of the XII-I half of the XIII century), and is revered by the people for many centuries after his death, was a native of a noble Arab family. You will end your tour with exploring  the State Museum of Applied Arts of Uzbekistan. There are fine examples of glasses and national clothing, hand and machine embroidery, skullcaps and national fabrics, carpets and woodcarving. Night will be at the hotel.

Service does not include:
- Visa
- Full board
- Travel insurance
- English speaking guide
- Entrances to all museums
- Train tickets - 60$ Tashkent-Samarkand-Tashkent