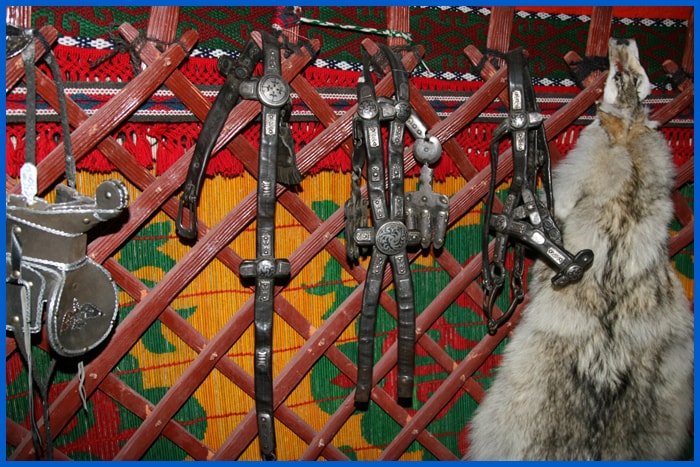 Day 1: Osh
Your tour starts in Osh. Today your driver will pick you up at the airport and accompany you to the city of Osh. Osh is the second largest city in Kyrgyzstan, which has officially received the status of the "southern capital" of the Republic. Today, this ancient city is the administrative center of Osh region. In Osh city you will have an opportunity to marvel and you are going to explore pilgrimage place - Suleiman Mountain. Sulaiman-Too is the main attraction of the city, its center, its pride. Since time immemorial, this place is considered sacred, for today's Muslims, a three-time visit to Sulaiman-Too is equated to the Hajj to Mecca. The origin of the current name is connected with the name of the legendary prophet Suleiman (the biblical king Solomon), who according to legend stopped here in one of his military campaigns. In course of the tour you will experience our Asian Bazaar. There you can take a lot of wonderful photos. Overnight at the hotel.

Day 2: Osh - Abshir Ata - Osh
You will start your tour with driving to mesmerizing Apshir Ata gorge! Abshir-Ata gorge is primarily known for its 15-meter waterfall, notable for the fact that it flows in a rapid stream from a small karst cave located directly in the rock. The waterfall itself and the gorge where it is located are among the most visited attractions of the Osh region. Will pass along picturesque landscapes and enjoy the charm of nature. On the shore of the lake you are going to have delightful picnic. Take a pleasure from this amazing place. Night will be spent in the hotel.

Day 3: Osh - Bishkek
You will transfer I to the airport to have a flight to Bishkek city in the morning. Bishkek is not only an administrative and commercial center, but also the main transport point, as well as the cultural capital and true soul of the Republic. You will have a chance to explore this charming capital in your city tour. En route you will discover following attractions: Pobeda Square (Victory Square), Duboviy Park (Oak Park), Central Ala-Too Square, the National Arts Museum, National Philharmonic, and many others places of interest. Ala-Too square is the Central square of Bishkek and the main square of the country, where the White house , the state historical Museum, the flagpole with the national flag, the monument to the victims of the April 7 revolution, the statue of Chingiz Aitmatov and the statue of Manas - the hero of the Kyrgyz folk epic-are located. In course of the tour you will experience Asian Bazaar! You will shoot an unforgettable photos there. Here you can find everything you need: food, household chemicals, clothing, shoes, camping equipment, books, tools, and many other things. Traditional dinner will be served at 7 p.m. Night will be in the cozy hotel.

Day 4: Bishkek - Burana - Issyk Kul northern shore
Today at 8.00 a.m your guide will pick you up and you will drive to Issyk Kul Lake, surrounded by the celestial mountains. Since ancient times, the beauty of the Kyrgyz lake was sung by the best poets of the East. The largest natural reservoir of this Republic is famous for its clear transparent water, gentle banks and picturesque foothills, and its name translates as "hot lake". The moderate sea climate, mild winters and a large amount of heat that accumulates here during the summer months do not allow the lake to freeze during the cold season. On the way to the lake you will explore Burana tower is the main monument of the ancient culture of the Chui valley and the famous Great Silk Road passing through its territory and an open air museum of Balbals (stone warriors). Overnight at the hotel.

Day 5: Issyk Kul - Bishkek - Ala Archa - Bishkek
Today you will drive back to Bishkek. En route you will explore ancient stone inscriptions (dating back to 800 B.C.). There are cromlech, tombstones, border stone fences, as well as petroglyphs dating from 2000 BC - 4th century AD. and tablets on the stones that indicate the time of its creation and its purpose. You can go around the Stone garden by following several routes marked with arrows. Upon arrival to Bishkek you will explore Ala Archa gorge. Ala-Archa is famous for its untouched nature: vast spruce forests, birch groves, numerous springs with clear glacial water and mighty rocks. You will have a short hiking tour and you will have opportunity to enjoy touching panoramic view of the gorge. In the end of the tour you will drive back to Bishkek. Night will be in the hotel.

Day 6: Airport
In the morning is transfer to airport.