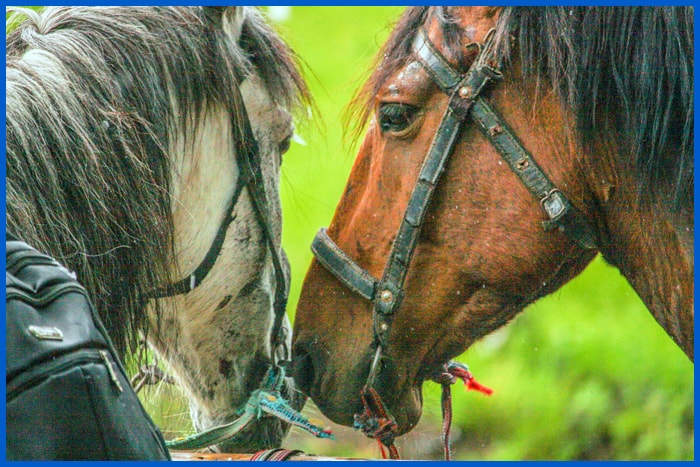 Day 1: Almaty
After being welcomed at the airport you will drive to the city. Almaty is the largest city and cultural and economic center of Kazakhstan, widely known in the country as the "southern Capital". Today you will have an opportunity to overlook the beat sites of the city. And the first sight will be Almaty Museum, and then Park of 28 Panfilov Guardsmen, Zenkov Cathedral this historical monument is considered one of the main attractions of the city. The next destination is the Green Bazaar, sellers invite customers, treat them, and tell them recipes. In the afternoon you will enjoy of riding ride to the Medeu Gorge (1,690 m) this is one of the world's largest complexes for winter sports, where competitions in ice hockey, figure skating and speed skating are held. You can marvel, enjoy fresh air, and admire the fabulous pictures. After that you will ride in ropeway to Shymbulak ski resort area. The next prominent point will be Kok-Tobe hill and where you will get by eco cars. At the foot of the Kok-Tobe mountain stands a 350-meter TV tower. If you count from sea level, this tower is one of the highest in the world. In the Park of Kok-Tobe you can along the winding paths of the park, adore the majestic picturesque view of the city. To complete the tour you will have a ride in the rope way of Almaty.Night you will spend night train Almaty - Taraz.  Train #379T 20:16 - 08:11(This is subject to change.)

Day 2: Almaty - Taraz - Sairam - Shymkent
Today you will arrive to Taraz by morning train from Almaty. "City of merchants" - so long called Taraz - this capital center of the Turgesh, and then the Karluks and Karakhanids. This land has preserved traces of citadels, caravanserais, mud huts of commoners, remote courtyards, craft workshops. You will be met at the railway station and accompanied to Taraz. In this ancient city you will have sightseeing tour to History Museum, Karakhan and Dautbek Mausoleum, Tekturmas Historical Complex, Akyrtas antient palace complex. In course of your tour you will deport to Sairam district of Shymkent (160 km). Afterward you will observe the important places of the city. First point will be Ibrahim-Ata Mausoleum, Karashash-Ana Mausoleum, and medieval minaret. Sairam-Ispidjab was a major city-metropolis on the Great Silk Road, the center of contact and contact of various religions, Christianity, Zoroastrianism and Islam. This place also known as the motherland of the great enlightener of XII century - Khoja Ahmed Yasawi. Mausoleums of his father and mother, Ibrahim-Ata and Karashash-Ana, are situated here. Then you will head on  to Shymkent. Night will be in Shymkent.

Day 3: Shymkent - Otrar Settlement - Turkestan - Shymkent
The tour starts with driving to Otrar Settlement (220 km). This settlement is one of the most ancient on the territory of Central Asia. Numerous documentary sources say that during the era of Arab rule, the settlement was named Farab. By the twelfth century, Otrar became an important part of the Silk Road, where international fairs and business meetings were constantly held. You will visit Arystan-Bab Mausoleum one of the most revered Muslim shrines, which is located 150 km from the city of Shymkent, on the territory of southern Kazakhstan. A beautiful burial complex-Mazar-was built over the grave of the medieval preacher Arystan Baba. After you will head on to Turkestan (70 km). There is the option to overlook the sights "Azret-Sultan" historical and architectural complex, Mausoleum of Khoja Ahmed Yasawi (Necropolis, Hammam, Hilvet underground mosque). Turkestan is a city in the South of Kazakhstan, near the Syr Darya River. One of the oldest cities of Kazakhstan. In the end of the tour you will be transferred to Shymkent (170 km). You will spend night in Shymkent.

Day 4: Shymkent - Aksu-Zhabagly Reserve - Shymkent
The day starts with driving to Aksu-Zhabagly Reserve (125 km). You will explore Aksu canyon. Aksu-Dzhabagly, the oldest reserve of Kazakhstan and the first in Central Asia received status of biospheric reserve of UNESCO is located in spurs of Western Tien-Shan at an altitude from 1000 to 4280 meters above sea level. A motley mosaic of multicolored Alpine flowers adorns the foothills of rugged peaks with dazzling snow and bluish glacier tongues. Aksu-Jabagly is a rich Treasury of rare, endangered and endemic species of animals and plants. There are argali and mountain goats, deer, lynxes and snow leopards, wolves and foxes, bears and porcupines, stone Martens and stoats. The world of birds is rich. High in the sky soar bearded and vultures, white-headed vultures and Golden eagles. Then you will transfer to Shymkent. You will return to the hotel for overnight.

Day 5: Shymkent
The country's third largest city, Shymkent, is located in the South of Kazakhstan. It is one of the largest industrial and commercial centers of the Republic, located relatively close to the borders with Uzbekistan and Kyrgyzstan. Until 1992, the city was called in Russian - Chimkent. The consonant name of Shymkent reveals its etymology as "Green city". From the Turkic "Chim" or" Shym "is translated as" turf"," meadow", and Kent - "city".  You will explore the highlights such as:  Walk of Fame (Park named after Sh. Kaldayakov), Monument "Jer Ana", Ordabasy Square, Park "20th Anniversary of Independence of the Republic of Kazakhstan", Obelisk of Glory, Eternal Fire to the Fallen in WWII, Dendropark - optionally, discovering the regional historical - museum, experiencing the ruins of the citadel of ancient Shymkent, strolling on pedestrian street "Arbat". In the conclusion of the tour you will drive to your hotel.

Day 6: Shymkent - Almaty - Issyk - Almaty
Today you will transfer to airport for flight Shymkent - Almaty. On arrival -you will be met at the airport and straightly drive to Issyk Lake. You will pass via picturesque gorges of Trans-Ili Alatau - Issyk Gorge lies along the Kuldja tract. En route to the lake you will explore the State Historical and Cultural Museum-Reserve "ISSYK", where you can observe the exhibition devoted to the history and culture of the Saka period, including a copy of Golden Man and golden items.  At the tour you will drive to an altitude of 1756 meters above sea level, to the beautiful mountain lake Issyk, located in the valley with the same name. the age of this high-altitude lake is approximately 8-10 thousand years. It appeared as a result of a Grand collapse in the gorge, at an altitude of about 1800 meters above sea level. A huge mass of stones, sand and clay blocked the riverbed with a natural dam 300 meters high... At the lake you will take a pleasure from nice picnic and free time. At the end of your tour you will be dropped at the hotel.

Day 7: Flight
Breakfast in the hotel and check-out. Transfer to airport.

Train Almaty - Taraz (4 berths per compartment) - from 40 $ per person

Flight Shymkent - Almaty - from 75 $ per person

Accommodation in Almaty in Day1 (if required):