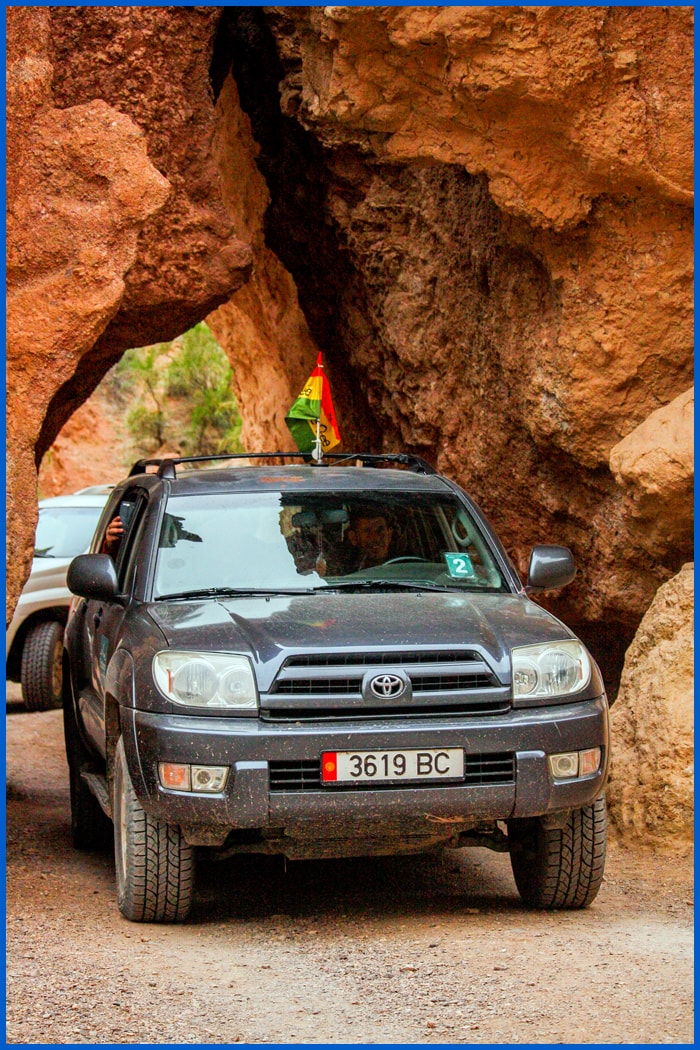 Day 1: Almaty
Welcome to Almaty! You will be met by your guide at the airport and then drive to Almaty city. Sights of Almaty - unique natural sites and ski resorts, cultural and historical heritage, represented by monuments, squares, mosques, cathedrals and museums, also deserves attention. You are going to have today a sightseeing tour. The first attraction is the Green Bazaar, it has been one of the most important shopping centers in the city for more than 100 years. After you will direct to Panfilov Park, a city Park located in the Medeo district of Almaty on an area of about 18 hectares. There is located the most beautiful wooden construction in the world - Zenkov Cathedral. Second half o the day is dedicated to exploring the Medeo Gorge, The mild climate of the high-altitude gorge, low atmospheric pressure, weak wind, and the purest mountain water for ice filling - all this contributes to the athletes ' achievement of the highest results. After you will visit the Kok-Tobe hill. The main attractions of Kok-Tobe are the TV tower its height is 371 m. of the same name and an amusement Park. Numerous attractions, climbing walls, zoo attract tourists of all ages. You will end your tour with the short ride by the famous Almaty cableway. Overnight will be at the hotel.

Day 2: Almaty - Charyn Canyon - Almaty
Today you will have a day trip to Charyn Canyons. Charyn canyon is one of the oldest and greatest places in Kazakhstan. This is one of the places on Earth that is breathtaking in its beauty and grandeur. The strange shapes that the bright red Sandstone takes under the influence of wind and water are striking in their fabulous beauty and splendor. Similar to fortress towers reddish rocks and precipices with a depth of 150 to 300 m impress all visitors. One of the rarest tree species, the relict Sogd Ash, also grows there. 25 million years ago, this tree was widespread on the planet. Now ash groves can be found only in the Charyn canyon and in North America. You will be impressed by magnificence of this Canyon. You will have a chance to admire the grand panorama and then have a walk through the maze of the Castles Valley with its bizarre walls overhanging you. Night is in the hotel.

Day 3: Almaty - Shymkent
Today in the morning you will drive to the airport for flight to Shymkent. Transfer to Shymkent. The city from the moment of its Foundation had a favorable location, as the Great Silk Road ran through it. Today you will have amazing tour with highlights of the city. You will explore following sights :Walk of fame (park after Sh.Kaldayakov including Obelisk of Glory, Eternal Flame to the fallen in The great Patriotic War), "Zher Ana" monument, Ordabasy square, Park "20 years of Independence of the Republic of Kazakhstan", Arboretum and Regional Museum, Museum of Victims of Political Repression. Night you will spend at the hotel.

Day 4: Shymkent - Turkestan - Shymkent
Upon arrival is transfer to Turkestan. You will explore following attractions: "Azret-Sultan" A sacred place revered by Muslims and the entire Turkic world. The mausoleum of Khoja Ahmed Yassawi was built at the end of the XIV century. The fate of the mausoleum is intertwined with the history of the Kazakhs. Zholbarys Khan, Esim Khan, Zhangir Khan, Tauke Khan, Abylai Khan, Kasym Khan, Kazybek Bii, Zhanibek Batyr and other famous personalities are buried on the territory of the mausoleum. The first mention of Turkestan as a city dates back to the XV century. In the XVI-XVIII centuries, during the Kazakh-Dzungarian wars, a significant historical part of the city near the Mausoleum of Khoja Ahmed Yasawi was destroyed, but the Shrine itself survived. Today, Turkestan is a significant city among the religious population of the entire Muslim world. It was given the status of the second Mecca-the Holy city of adherents of Islam, since one of the most important Muslim shrines - the Yassawi mausoleum is located here. A three-time visit to this place is considered a pilgrimage to Mecca. Not so long ago, the main city landmark was listed as a UNESCO world heritage site. To comlete the tour you will transfer to Shymkent. Night will be at the hotel.